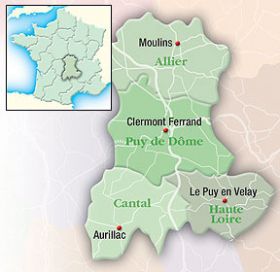 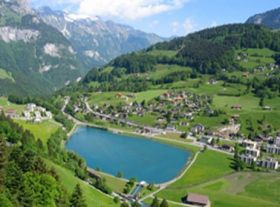 Despite being nestled in the heart of France, the Auvergne region has remained off the beaten track for decades, and only now is this rugged region starting to make its presence known. The Auvergne which is emerging is a rough-and-tumble playground for adrenaline junkies and outdoor enthusiasts - Cantal is home to untamed routes cutting through the mountains; Puy-de-dôme is famed for paragliding and cycling over its towering peaks; and the rapids of the Haute-Loire could have been tailor-made for kayaking. But aside from France's version of the Outback, the Auvergne also offers visitors a chance to get some well deserved rest and relaxation in the sun soaked valleys and spas of Alliers. Bring it all together, and it's easy to understand why the Auvergne is one of the hottest up-and-coming destinations in Europe.

Whether it's the world renowned food grown here, the enviable climate or just the great waves for surfing, Aquitaine is clearly blessed with more than its fair share of natural assets. But there's more to this region than its outstanding natural beauty - chic coastal cities, imposing fortresses, and busy port towns are set against the backdrop of the towering mountains and the bright white coastline. The result is the perfect destination for anyone looking for a holiday in France.

It was on the top of Puy de Dôme in the Auvergne that Pascal proved the air has different pressures at different altitudes.

By road... Being at the centre of France, Auvergne's location means it is easily reached by car from all corners of the country. Equidistant from Paris and Marseille, (420km - around 4 ½ hours in normal traffic), driving to the Auvergne couldn't be more simple.

By air... The only main airport in the Auvergne region is situated in Clermont Ferrand, but given that the city is in the centre of the region this doesn't pose much of a problem. Flying from the UK involves a change at Paris, with most flights run by AirFrance, but budget airlines such as Flybe do operate on this route as well.

By public transport... Getting to the Auvergne area by train is very quick and easy. From London there are regular departures to Paris from where there are high speed trains departing to Clermont Ferrand throughout the day (3-4 hours). From there, there is a local train service which offers access to more remote areas of the region.