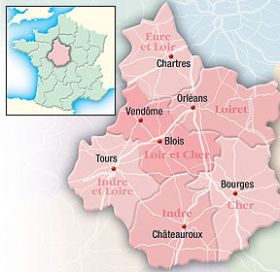 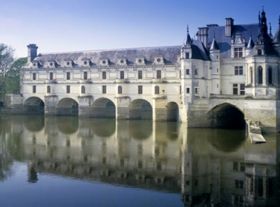 What is in a name? It's no surprise that "Centre" is situated at the heart of France, but perhaps more telling is the nickname it is given by the French themselves, "Chateaux de la Loire" (Castles of the Loire river) - which highlights its two best assets: captivating castles in the "Valley of the Kings", which boasts at least 1200 castles, manors and mansions, and the glorious Loire valley, which is considered the epitome of the French spirit.

The region concentrates the genius of the nation into one region, with excellence in literature, architecture, wines, fine dining, all set around the Loire. On the left bank of the river lies Indre-et-Loire and Loire-et-Cher, with waterways, enchanted woods and, of course, its fair share of castles, The right bank boasts Eure-et-Loire, Loiret, named the "Garden of France" with literally hundreds of timeless villages. So, what is in a name? Come and see for yourself.

Castles, the Loire valley, the river, valley of the kings, literary genius.

The Loire valley is the longest UNESCO world heritage site in Europe, at 280km

By road... Centre is easy to reach due to its proximity to Paris, or if coming from the UK via Rouen. It is also connected by motorways to Brittany, Bordeaux and Toulouse, amongst others. From Paris, its only 2 hours.

By air... Air access is easiest via Paris Orly airport, or Tours - although depending on where you are heading in Centre its probably quicker and easier to drive or get the train from Paris.

By public transport... As it is very close to Paris and Ile-de-France, public transport to the area is very simple; the best option is going by train (TGV) from Paris Gare Montparnasse or Gare d'Austerlitz to any of the main towns in the region. There are also buses which take longer but can be a bit cheaper. Trains to Orleans take 1 ¾ hours.