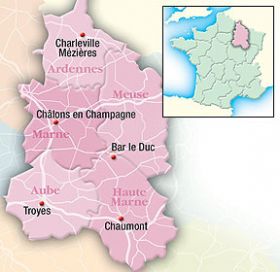 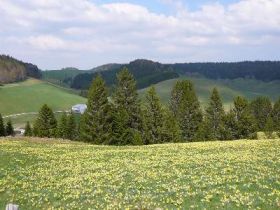 Time to get out in the elements. The seasons here are more marked than elsewhere, with hot summers and cold winters. In the summer, the omnipresent forests in Franche-Comté provide the perfect chance to get lost in their vast, secret sunlit depths with a huge variety of hiking, cycling and motorbiking opportunities; but there is more than just trees here. If green seems to dominate the summertime landscape, blue is a close second with 5350km of navigable waters, plus white-water rapids, cascades and waterfalls. But as the warm breeze eases off and the temperature plummets, hikers are replaced by skiers in this snow-addicts' paradise.

Throughout the year, the Jurassic mountains, spanning from verdant Doubs in the East to sunlit Haute-Saône in the west, and the Jurassic crevices and ancient waterways traversing them from plateaus of Territoire de Belfort in the north to the waterfalls of Jura in the south beckon.

Forest makes up 43% of the surface area of the region, which makes Franche-Comté the most forested region in France.

By air... The closest airports to Franche-Comté are the Basel Mulhouse Freiburg Airport (one hour from Belfort by car), and Lyon - St.-Exupéry Airport (about 220 km from Besançon). There are some direct flights available from London with a variety of airlines. Depending on where you are staying in the region, it may be quicker and easier to fly to Switzerland and drive or get a train across the border.

By public transport... From Paris, the high-speed TGV train to Besançon takes about 2½ -3 hours, taking total time from London including the Eurostar to about 6 hours.