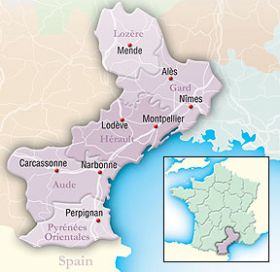 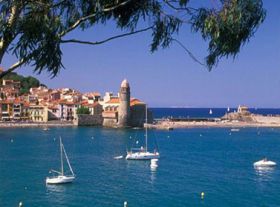 Languedoc-Roussillon is the most exotic of the French regions. You can see this in the history and culture - a land where Occitan and Catalan culture have often fought against French rule and revolts and religious persecution have upset the tranquillity, but which now embraces all three sides of its personality and thrives on its mixed heritage. Thanks to unification of these three backgrounds, the region boasts some of the most outlandish local traditions alongside a whole host of fusion food, history and scenery.

The landscape ranges from the Southern slopes of the Massif Central mountain range in Lozére sliding away to the Roman remains in Gard, along the coast to the rocky outcrops of Hérault, the seaside towns of Aude and back up again in Pyrenees-Orientales. But whether it's the landscape, the culture or just the beaches you love, the diversity of this region will keep you coming back for more.

By road... Driving here is easy thanks to a good motorway in and out, and some of the coastal region can be a bit hard to reach on public transport, so to get off the beaten track, it helps to have a car to get around.

By air... Ryanair offer the most comprehensive service from the UK to the region, with flights from Stansted, Nottingham and Liverpool to Carcassonne, Montpellier and Nîmes.

By public transport... As a Mediterreanean coast, the region enjoys good public traqnsport, and the low-impact approach to get here is by Eurostar and then the local TGV, which regularly serves Nîmes, Montpellier, Sète, Agde, Béziers, Narbonne and Perpignan.