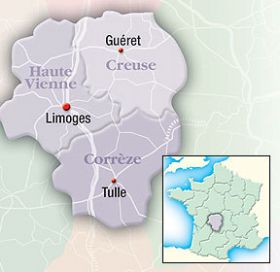 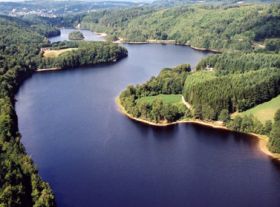 Blessed with acres and acres of wide open spaces, Limousin is the place for anyone who values a bit of personal space. Limousin boasts tranquillity from the rolling hills of the Haute Vienne to the rugged terrain of the Ambazac hills in the Massif Central. The Haute-Vienne offers deciduous woods and fields, the west and northwest, of sheep grazing land in the Creuse features hamlets clinging to the sides of hills, and Corrèze is home to the Plateau de Millevaches (the plateau of a thousand cows).

But just when you think you've stumbled upon the middle-of-nowhere, a little picturesque hamlet which epitomises the "real France" of yesteryear appears and offers a chance to eat, drink and wonder at medieval architecture. Its lack of huge cities is a blessing in disguise, and Limousin rewards with a sense of space and freedom which is simply intoxicating.

The name "Limosin" has become famous the world over for its cows and cars, but although the cows do originate from here, the cars don't.

By road... Limoges the Capital of Limousin is 680km from Calais and this should take around 6 hours on the motorway network, with very few toll roads on the way.

By air... Ryanair and flybe both fly to Limoges airport from the UK. Limoges also has daily flights from Paris and other European cities, although there is usually only one per day.

By train... Trains leave from Paris Gare d'Auserlitz for Limoges, and when combined with the Eurostar from St. Pancras it is a cheap and quick option.