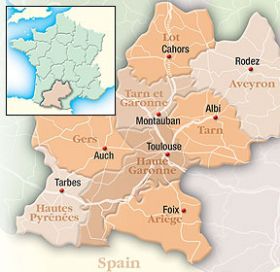 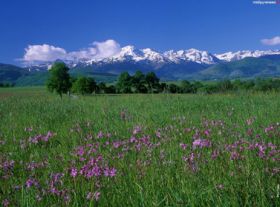 The Midi-Pyrénées region unpeels in your hands like an onion. Skiing down powdered mountains in the Ariege, enjoying the cosmopolitan ambience of Toulouse in Haut-Garonne, or paying penance at the holy water at Lourdes in the Haute-Pyrenees is how most people think of Midi Pyrénées. Fewer know about the tips of the Massif central in Aveyron home to the Bridge in the Clouds, the gastronomic epicentre in Gers where the Roquefort cheese is practically sacred, and the lower-lying river bank agricultural areas of Tarn and Tarn-et-Garonne.

But it's the secrets at the core of Midi-Pyrénées that render it so alluring - such as Europe's longest underwater river, the after-hours nightlife in Toulouse and miracle-ridden towns etched into mountainsides. The Midi-Pyrenees is a complex region, but in all the right ways, and will reward the curious with the experience of a lifetime.

Midi-Pyrénées is the largest region in metropolitan France, in terms of surface area.

By road... Take the Eurotunnel onto the continent and then along many motoways, including the A64 to Lourdes and the A68 to Albi. This is a long drive though at about 9 hours, so is bets to be broken up in one of the many towns and cities en route.

By air... Jet2 runs flighte to Toulouse from all over th UK, including Birmingham, Leeds, Edinburgh and London. Easy jet also goes there from Bristol, and RyanAir fly direct to Rodez. There are also seasonal flights to Lourdes in pilgrimage season.

By train... Travel by Eurostar from London St. Pancras, Ashford or Ebbsfleet to Paris, Lille or Avignon and then change to the French SNCF network (including the high speed TGV) to Toulouse and other towns in the Midi-Pyrénées. The trip from Paris to Toulouse takes about 5 hours on the train.